Dispatches from the Wild Frontier!

The Thunder Mesa podcast is here! Each month, Dave goes in depth with a new special guest on the art of modeling, Imagineering, trains, and Disney trains! Be sure to subscribe so you don't miss it, or support Thunder Mesa on Patreon for early access to all videos and podcasts and the ability to submit questions to our guests! 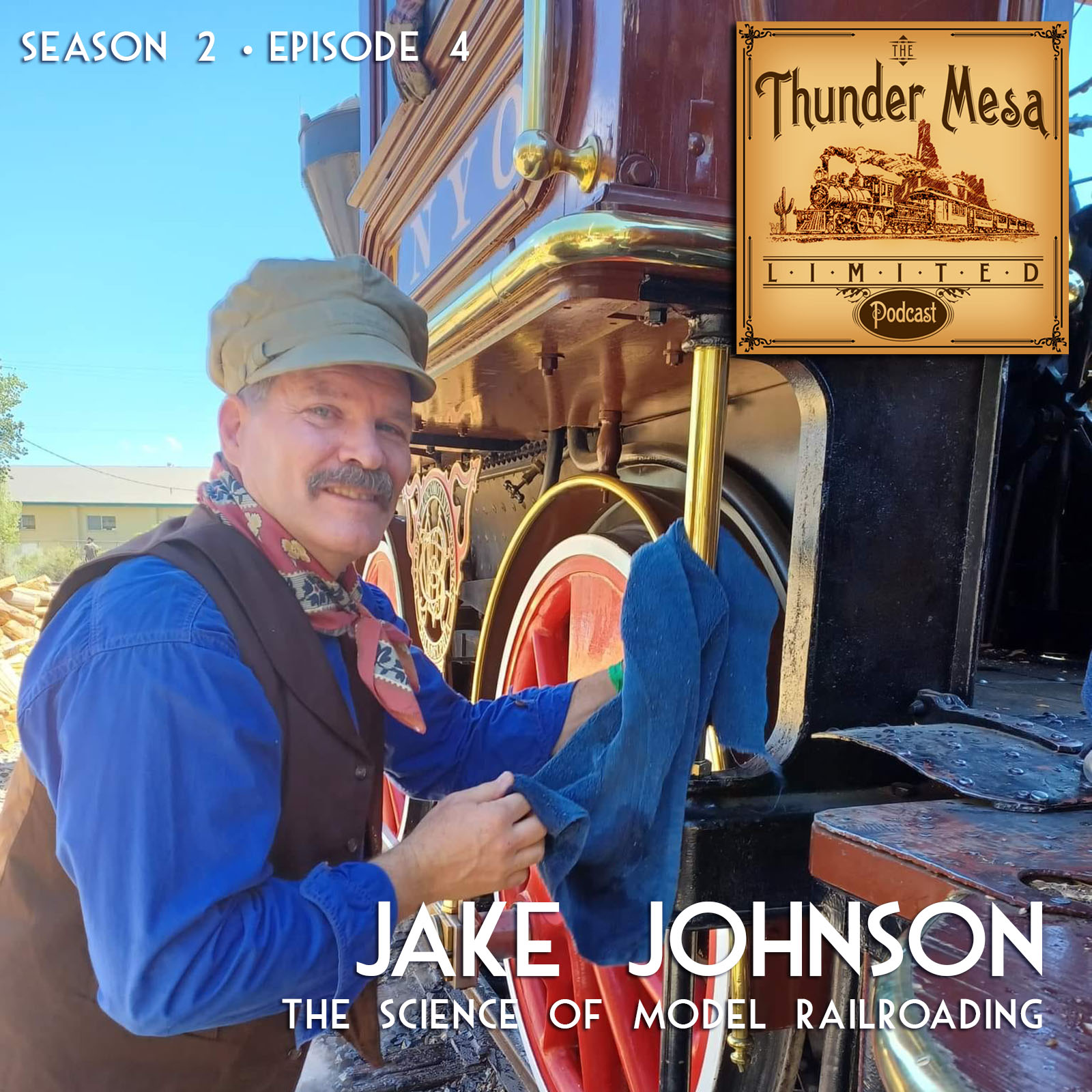 Jake Johnson is a professional model maker, layout builder, kit designer, and former Senior Dimensional Designer for Walt Disney Imagineering. In his last appearance on the Thunder Mesa Limited, we went in depth on the art of model railroading. This time out, we delve more into the science of layout building with a focus on the hows and whys of doing things in a specific order. Plus we get Jake’s impressions from the recent 42 Annual Narrow Gauge Convention in Seattle, WA, and what it takes to build a contest winning model. 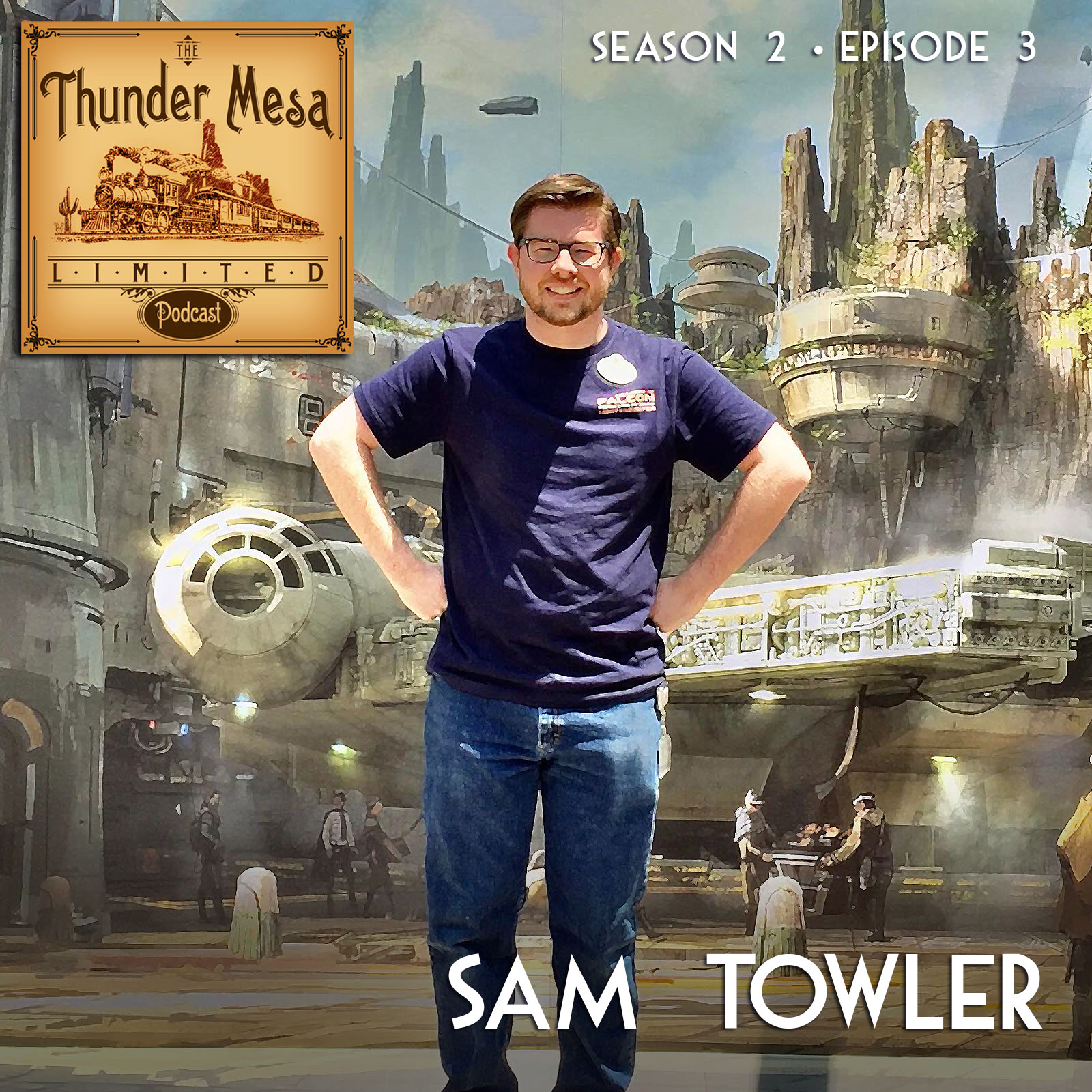 Sam Towler is back for a second appearance on the Thunder Mesa Limited.  Post WDI, Sam returns to talk candidly about his experiences there, from highs like making models and carving rocks for Star Wars Galaxy's Edge, to the lows of a severely bungled relocation of Imagineering to Florida. This is a special extended edition of the Thunder Mesa Limited, so sit back, relax, pull up on the yellow strap and enjoy the ride! 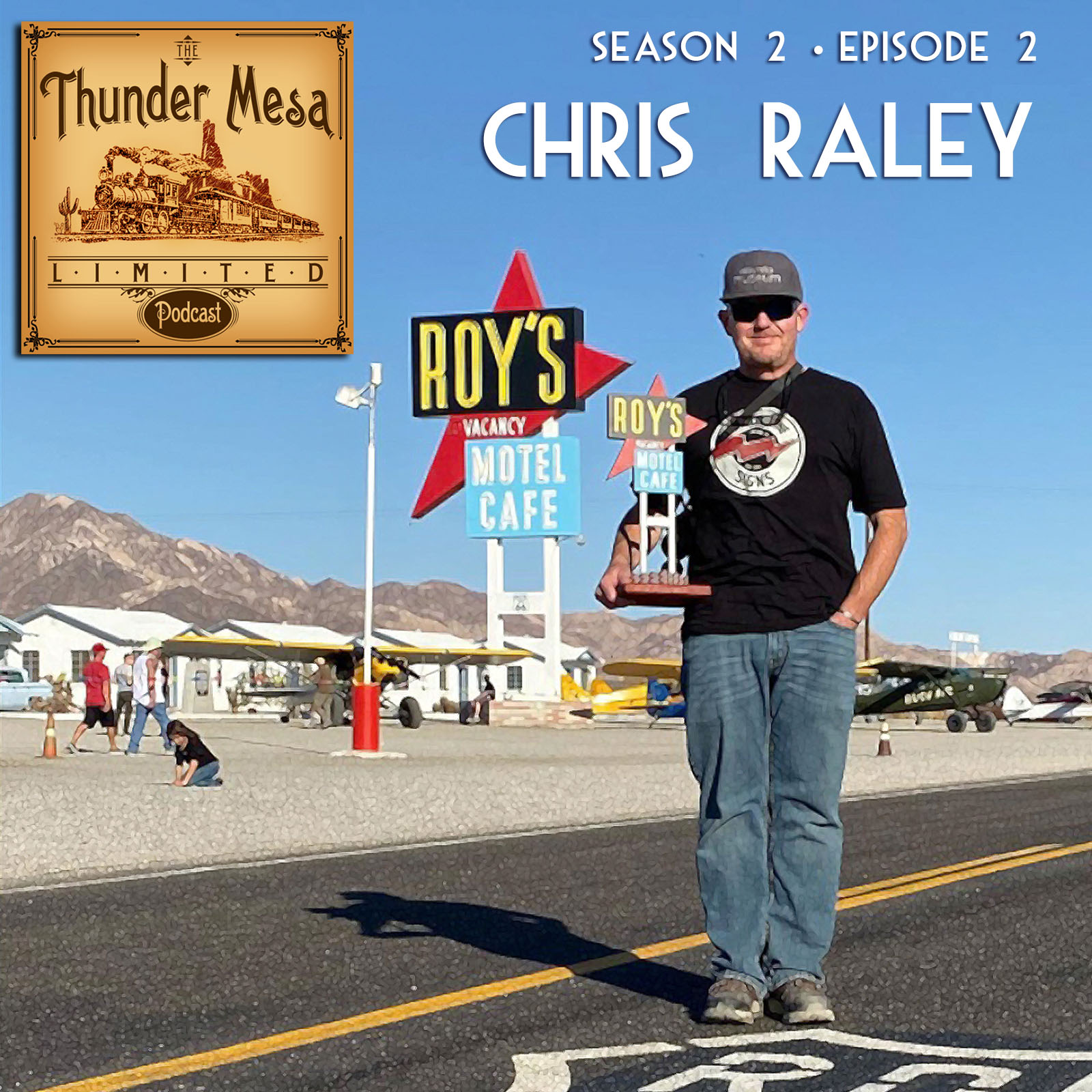 Join me as I welcome amazing miniature sign artist Chris Raley to the Thunder Mesa Podcast. Chris is the mad maker behind Rout 9 Signs, and in this episode, we chat about the creative process, the value of making models. the many pitfalls of gatekeeping in creative communities, and why the heck he hasn’t built a model railroad yet! 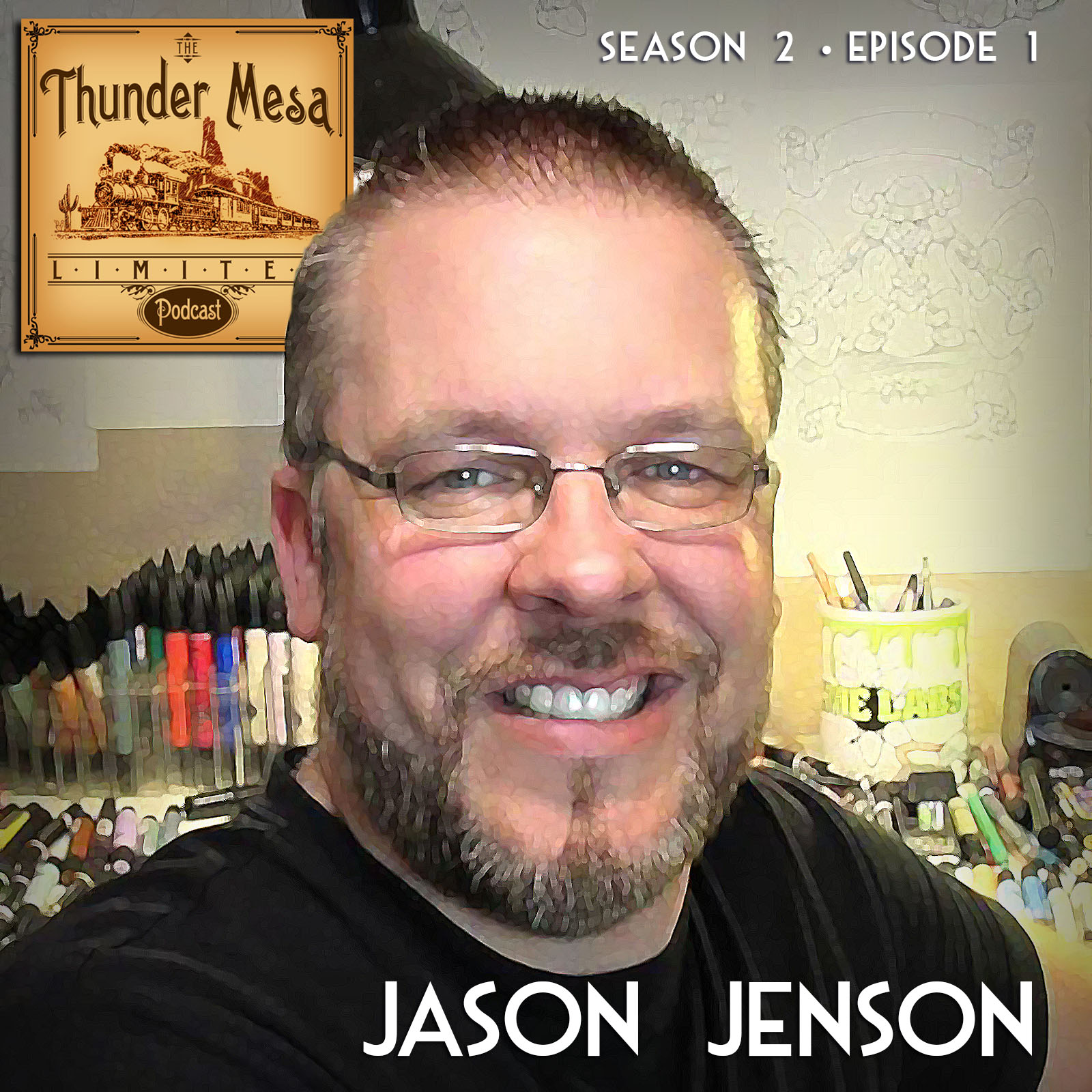 The Thunder Mesa Limited Podcast is back! We’re kicking off season 2 chatting with the amazingly talented Jason Jenson of Jason Jenson Trains. We cover everything from HO scale freelancing and science fiction modeling, to choosing projects and avoiding burnout. 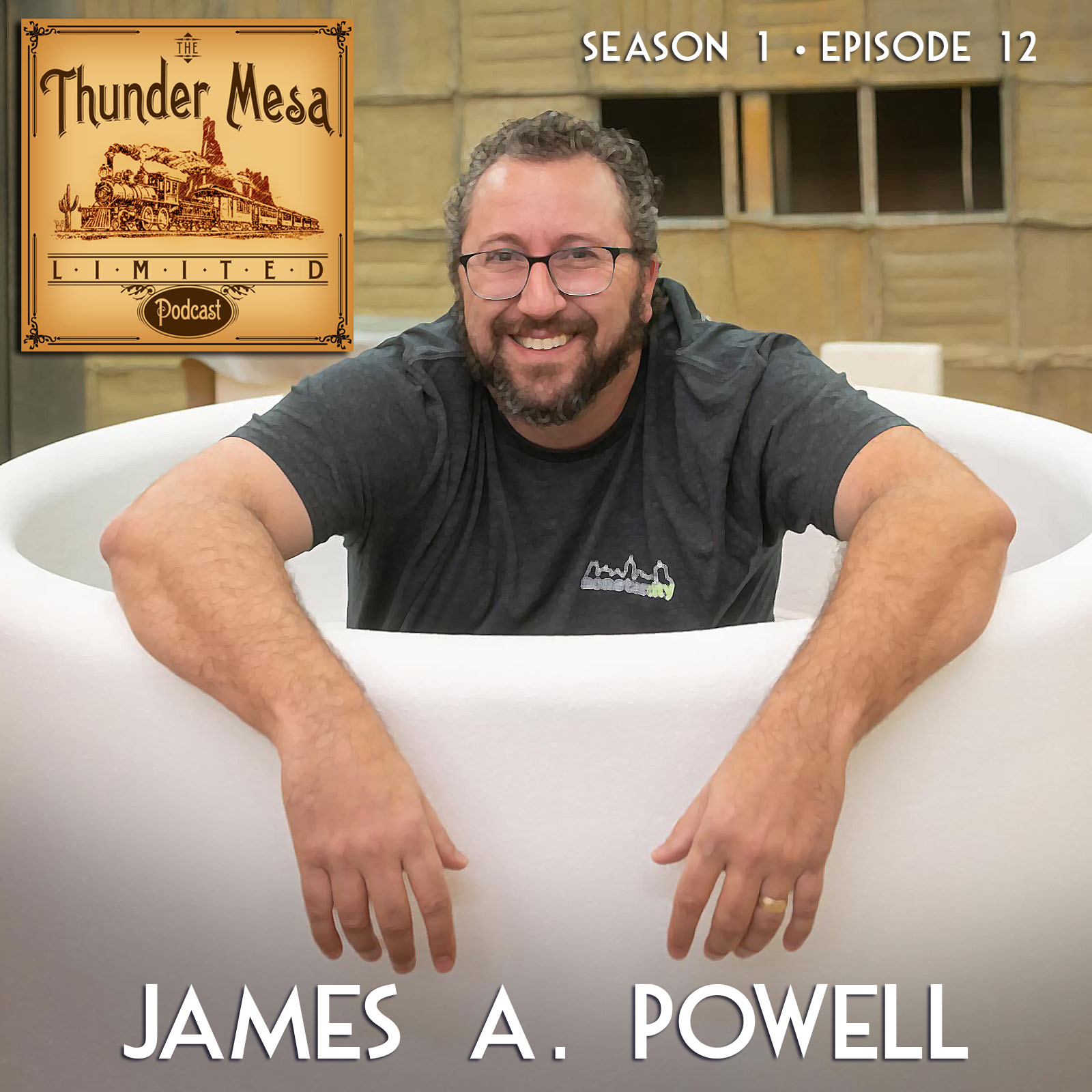 Model Maker and themed entertainment professional James A. Powell joins us for the final episode of the Thunder Mesa Limited’s 1st season. Our talk covers everything from Malcolm Furlow’s San Juan Central, to Magic Wheelchairs, to dream projects and the joys of making. 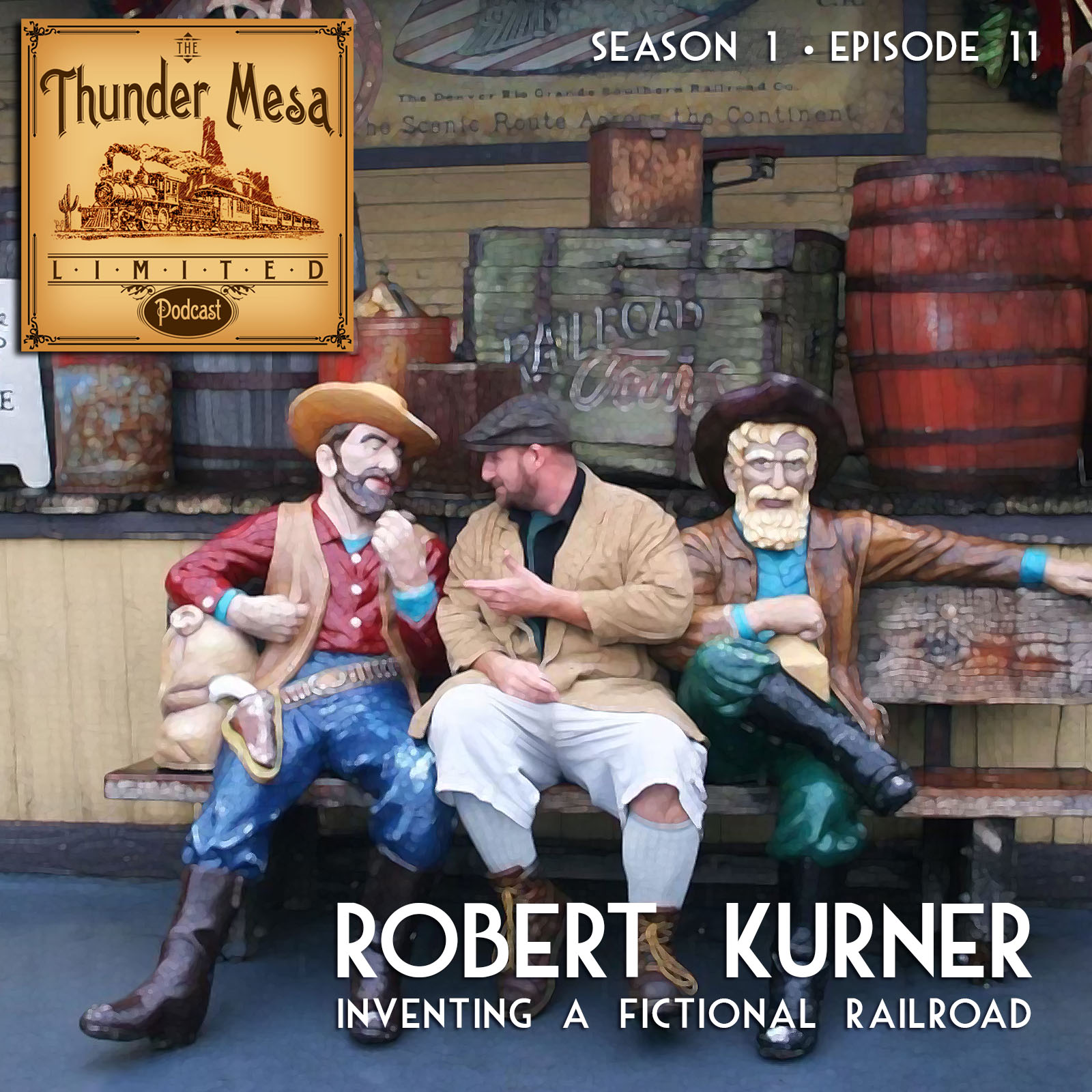 Join me as I chat with Robert Kurner, creator of the Adventureland themed Typhoon Lagoon Railway. We get insights into the art, science, and all-around madness of inventing a model railroad prototype like Typhoon Lagoon - plus some startling late night discoveries working 3rd shift with Disneyland's horticulture department. We also learn what's cool about N scale, and much, much more! 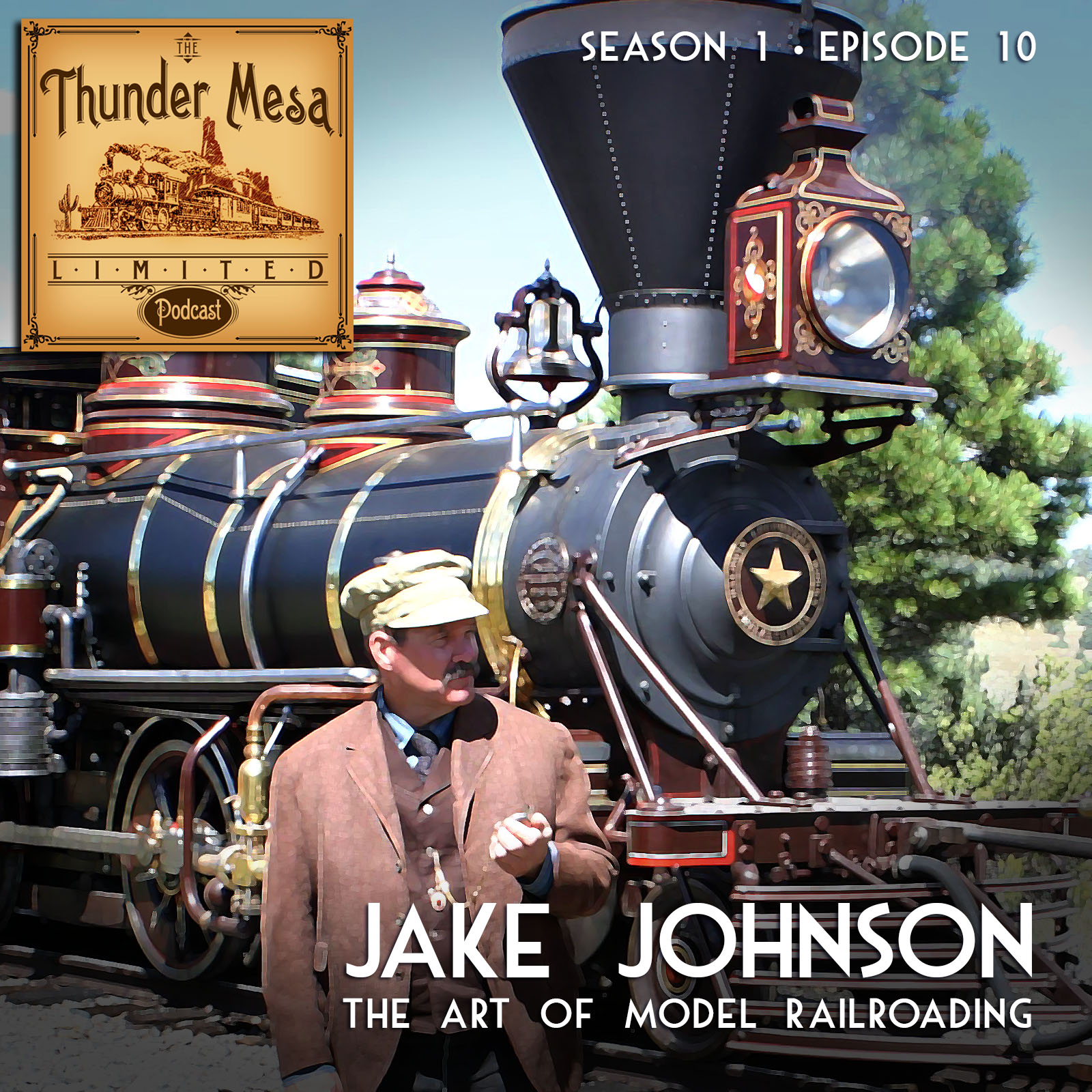 Jake Johnson is back for a second appearance on the Thunder Mesa Limited, and this time our conversation is all about the art of model railroading! We talk about how and when to use forced perspective, color choices for scenery and structures, backdrops, how to choose a scale that's right for you, the detail threshold, and so much more. 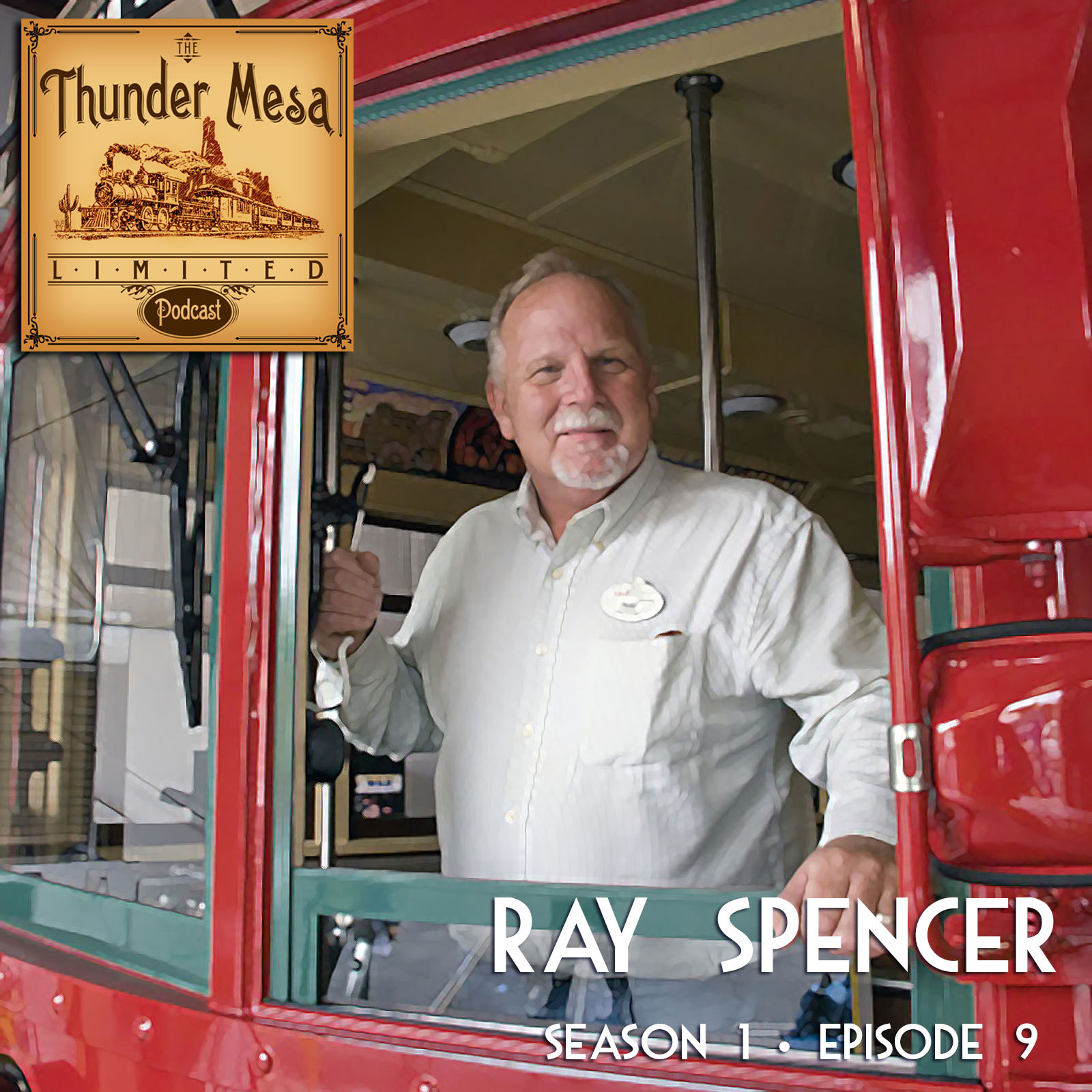 Former Disney Imagineer Ray Spencer is back for a second appearance on the Thunder Mesa Limited. This time we talk everything from pirates on Tom Sawyer Island, to Tomorrowland, the PeopleMover, and the value of aspirational "edutainment." 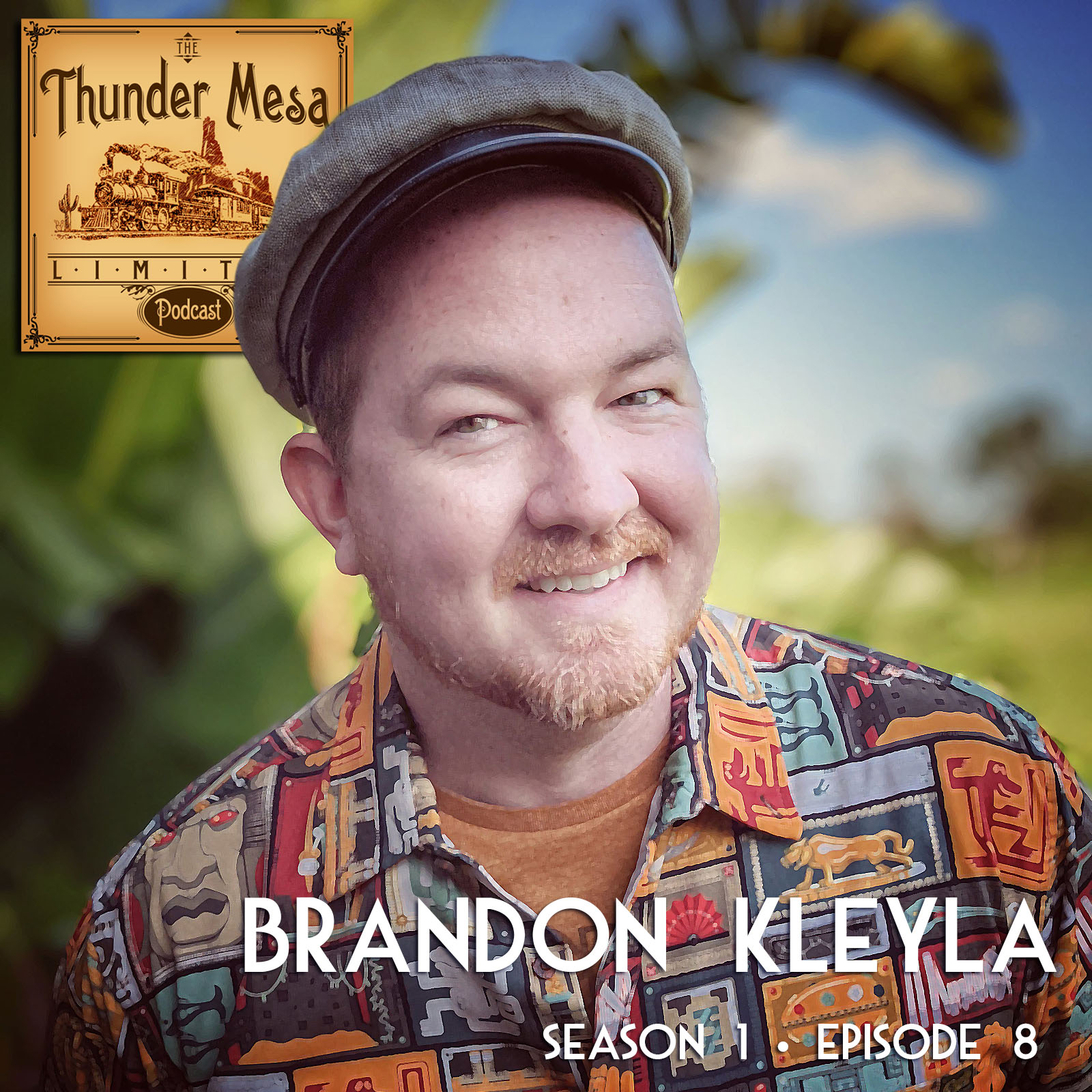 Brandon Kleyla is a former set decorator and creative for Walt Disney Imagineering, where he helped to create the now famous “Trader Sam’s” brand with locations in both Anaheim and Orlando. I had a great time laughing and chatting with Brandon about Trader Sams and the other projects he's had a hand in, as well as the new Jungle Cruise changes, the enduring magic of Disney trains, and the invention of D&D cocktails. Have a listen! 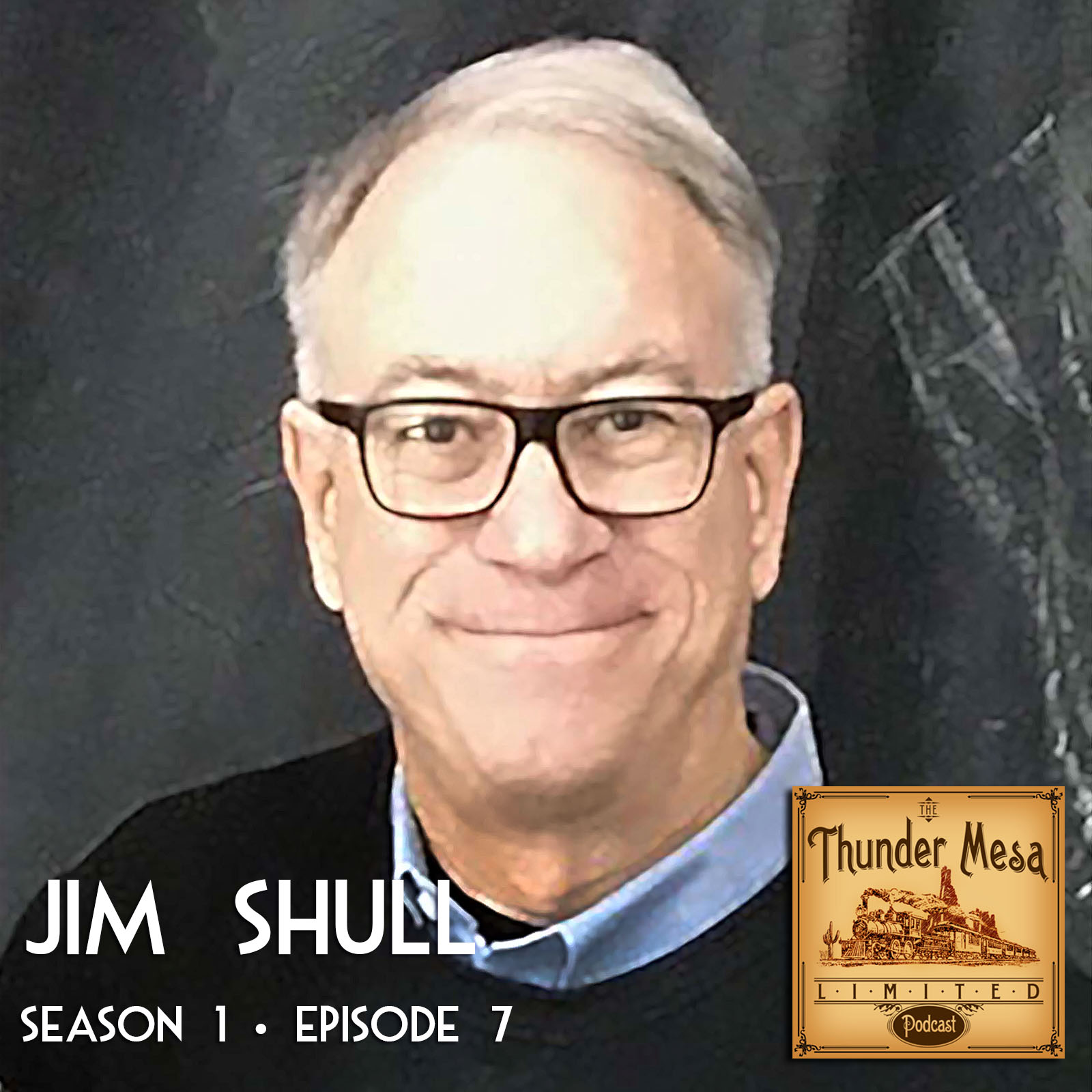 Join me for a wide ranging conversation with former Disney Imagineer Jim Shull! Jim is a 33 year veteran of Walt Disney Imagineering and we delve into the highlights of his career from Mickey’s Toontown to Shanghai Disneyland. Along the way, we tackle questions like why Shanghai doesn’t have a railroad, what it’s like to be on an Imagineering team that works mostly behind the scenes, and learn about a Tomorrowland that could have been. 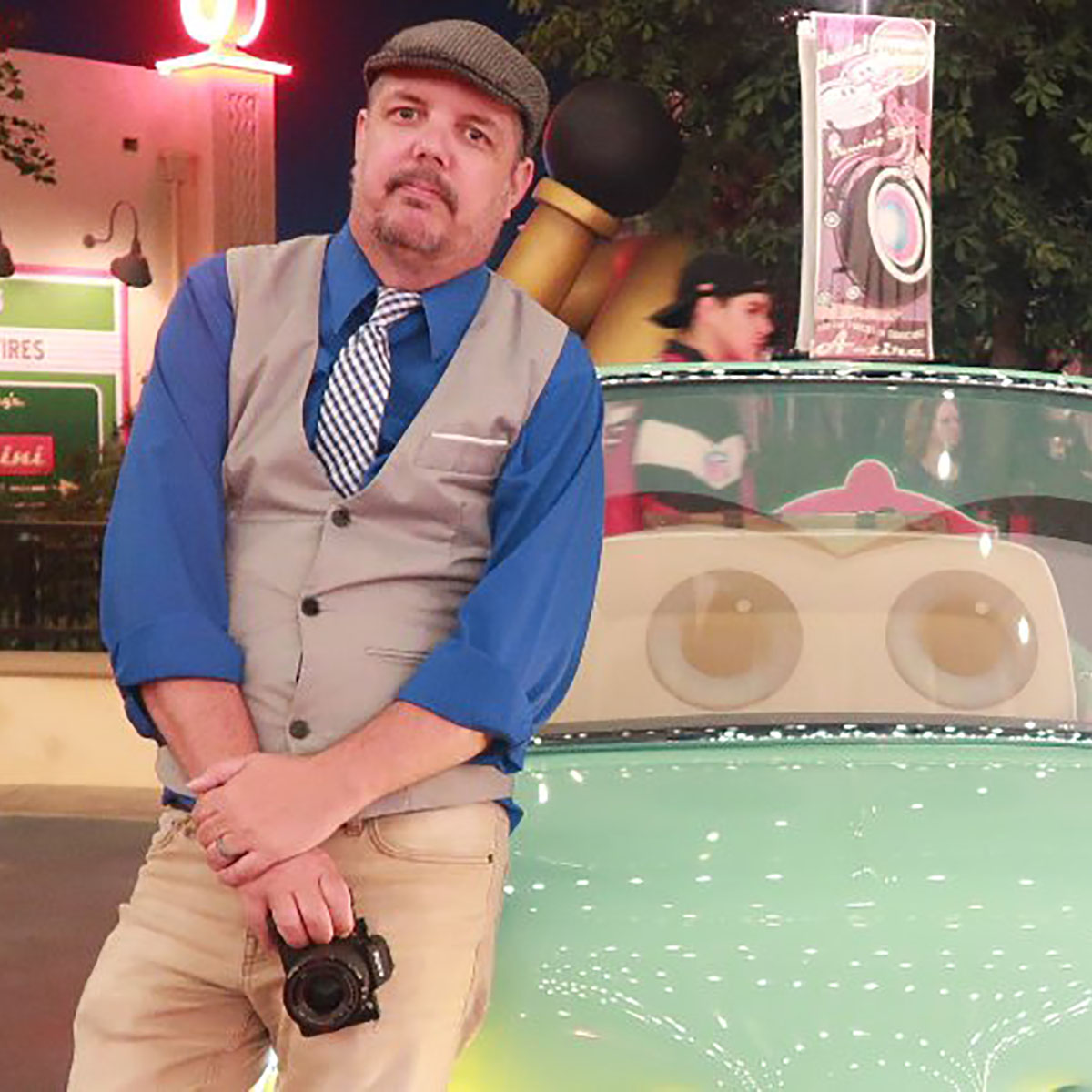 David Erickson is the creator and host of Fresh Baked, a video log dedicated to Disneyland with nearly 140,000 subscribers. David combines an enthusiastic love of Disney with a logical, subjective approach to his coverage of Disney and the Disneyland resort. We talk with David about what it's like to be a full-time Disney vlogger, and just what makes the parks so endearing and uniquely magical to fans like him. 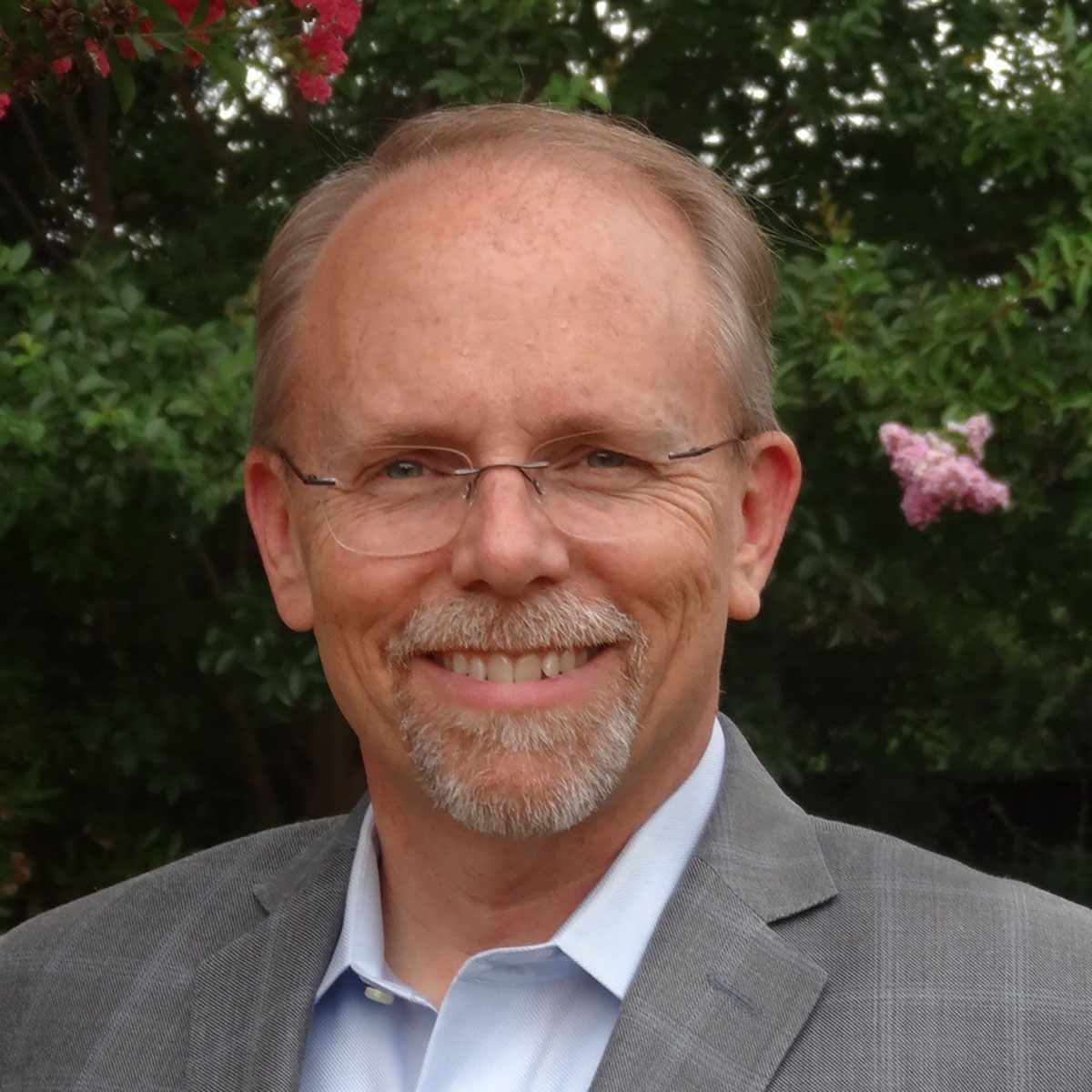 Michael Campbell is a noted authority on Walt Disney’s railroading interests, and has been a leader in education and preservation efforts at Walt’s Barn, and the Walt Disney Family Museum. He has produced exhibits, talks and presentations for Disney Parks, museums, and professional organizations, and has been a driving force behind the creation of Disney Railroading scale models and collectables. 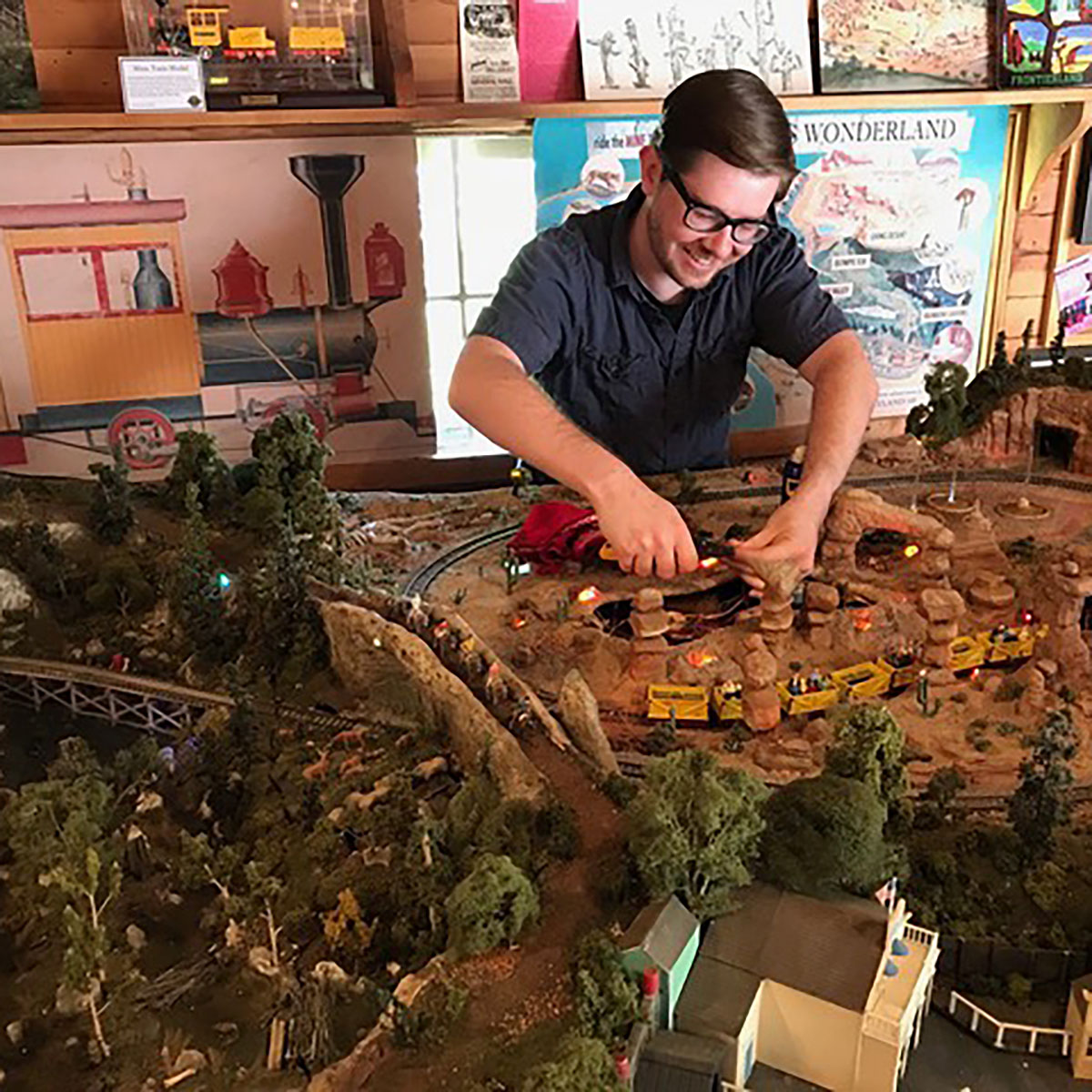 Sam Towler is currently a professional model maker in the themed entertainment industry. What started out as a hobby and became a career, his work includes designing and building models, props and displays for various outlets, including Walt Disney Imagineering. Whenever he’s not building something for work or home, he oversees maintenance of his “Mine Train thru Nature’s Wonderland” model at Walt Disney’s Barn in Griffith Park. 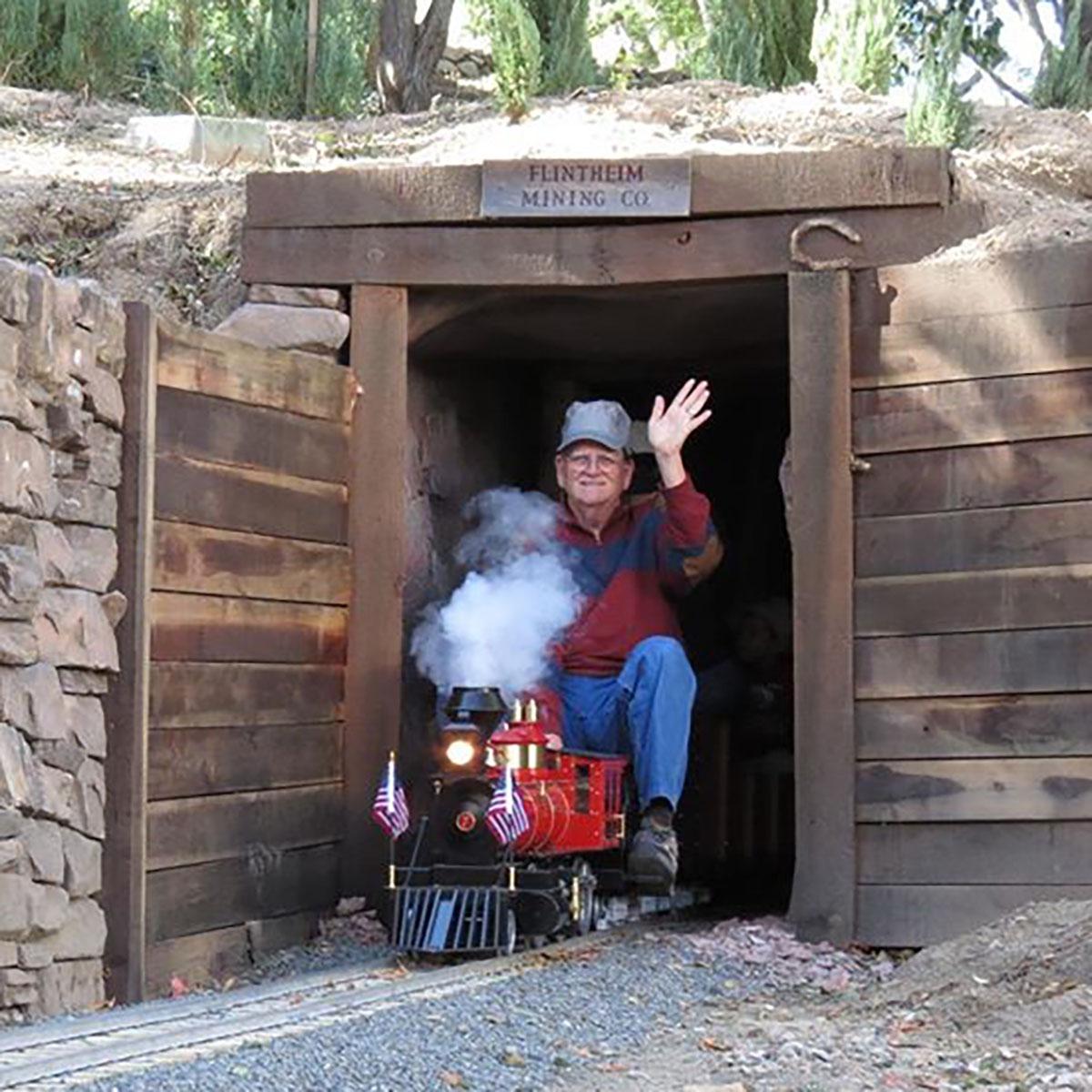 Billy Tyson is a retired veteran of Walt Disney Imagineering with 37 years of stories to tell. From the original Disneyland to the overseas parks, Bill has had a hand in bringing the magic to life and making sure it worked. He's also a skilled railroad modeler who now helms his own consulting firm specializing in design and construction management services for large scale outdoor garden railroads. 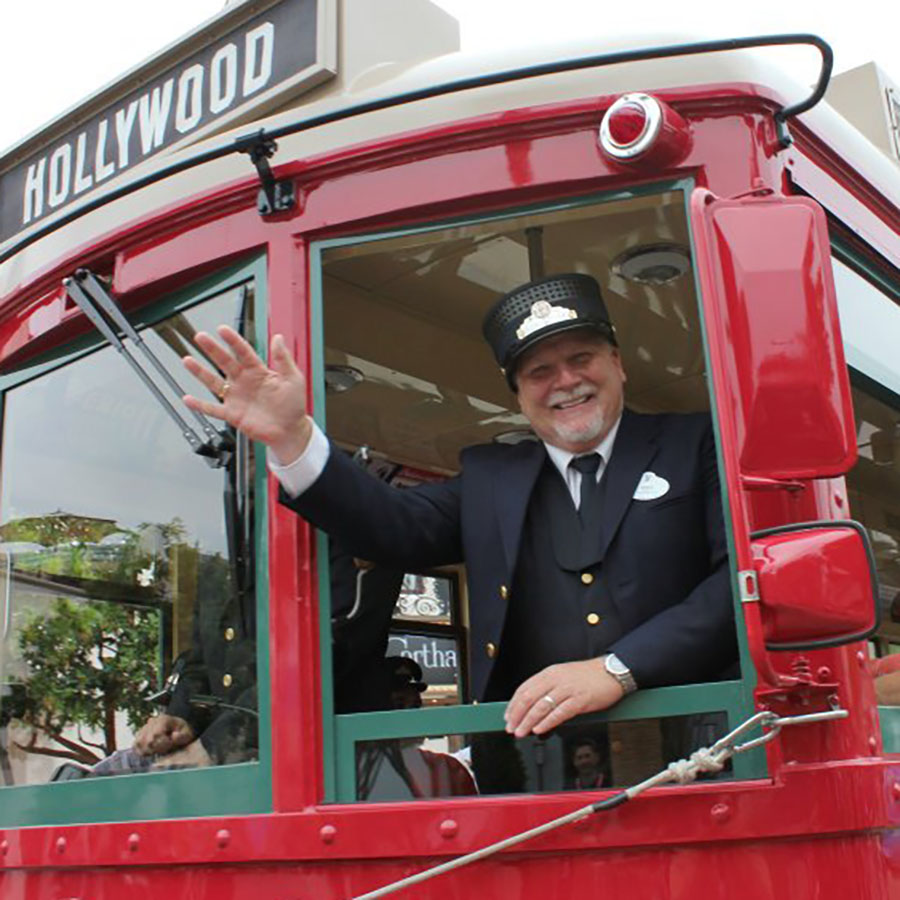 Former Disney Imagineer Ray Spencer is a well respected creative professional with over 20 years at Walt Disney Imagineering. As an Executive Creative Director, he oversaw numerous projects for Disney Parks around the globe, as well as the designs of attractions, hotels, shops, and restaurants.  Listen in as we talk about his time with Disney, the many projects he has had a hand in bringing to life, how he got into the themed entertainment business and so much more. Enjoy! 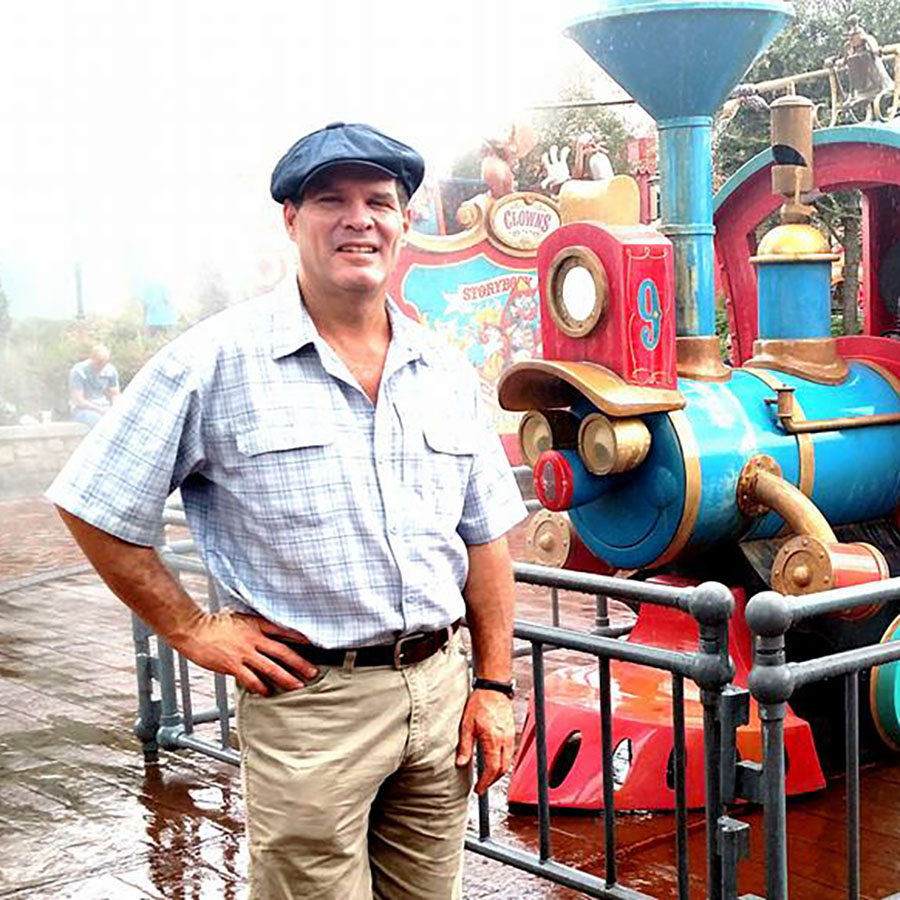 Veteran designer Jake Johnson cut his teeth building models and sets for the Robot Chicken animated series before moving on to the model shop at Walt Disney Imagineering. Jake is an avid railroad modeler, designer, and creative thinker who continues building models for motion picture and television production to this day. He is also a founding partner in Crescent Creek Models, making distinctive model kits for discerning modelers.

I'm always adding new details to scenes on the Thu

Topping off at Thunder Mesa Tank before the long h

I recently revitalized the modeled water in this 8

New video! YouTube via Linktree in bio. This Quick

Happy Holidays at Thunder Mesa Studio! We will wel

A very Happy Thanksgiving from our family to yours

Afternoon light on the Big Thunder Mine. . . #mode

New video! Youtube via Linktree in bio. This speci

Super fun livestream tonight, many thanks to all w