Saddle up fer Helengon, Amigos! It's the Helengon Mine Story this week as I explain the structures and operations in this wild and wooly corner of the Thunder Mesa On30 layout. 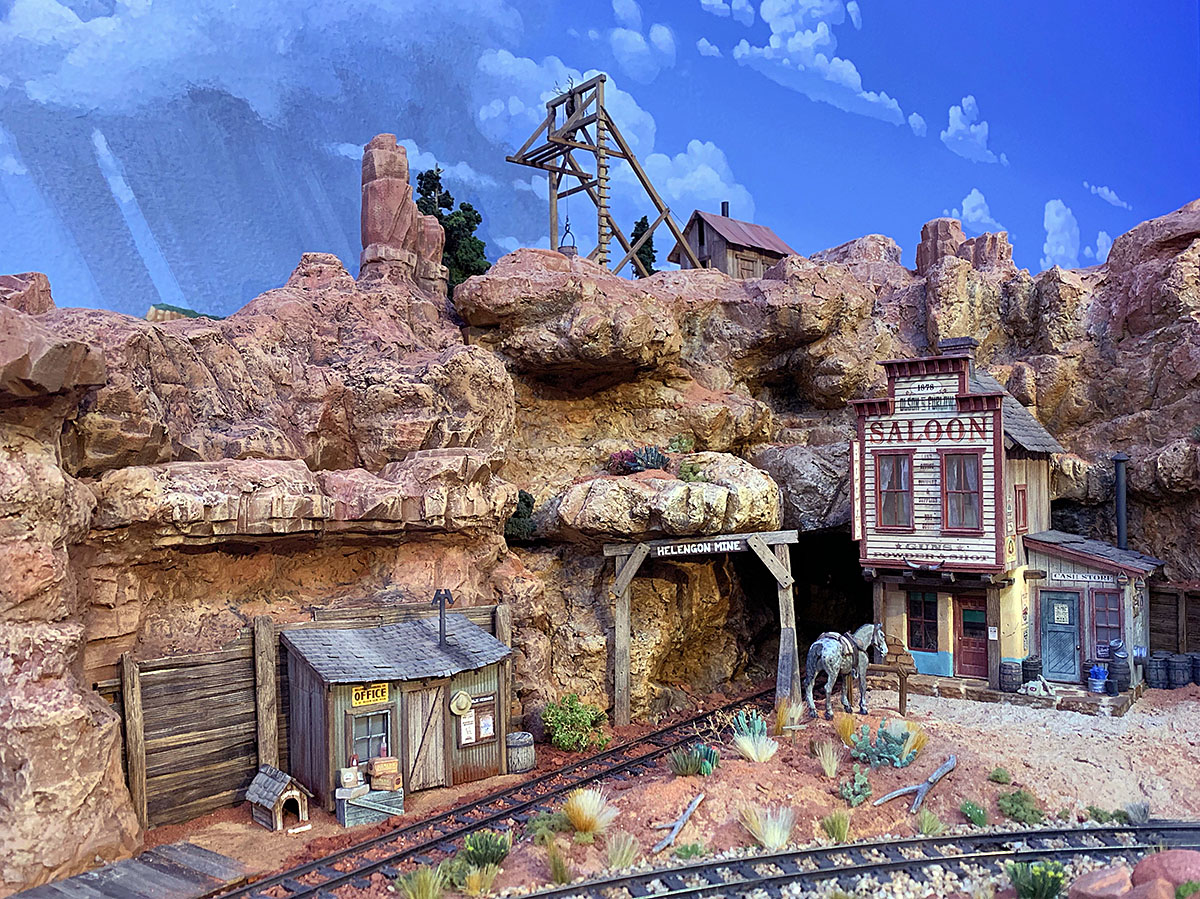 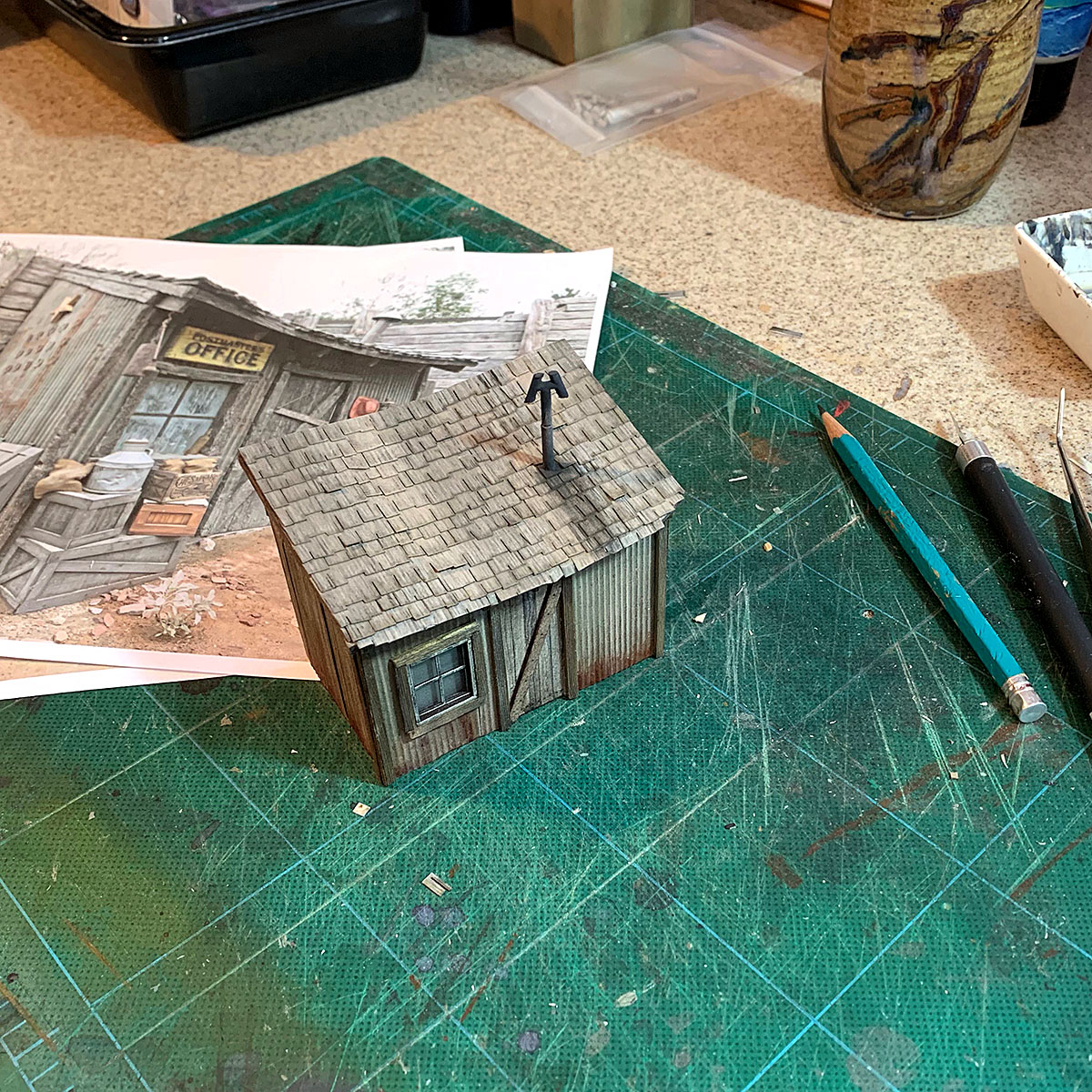 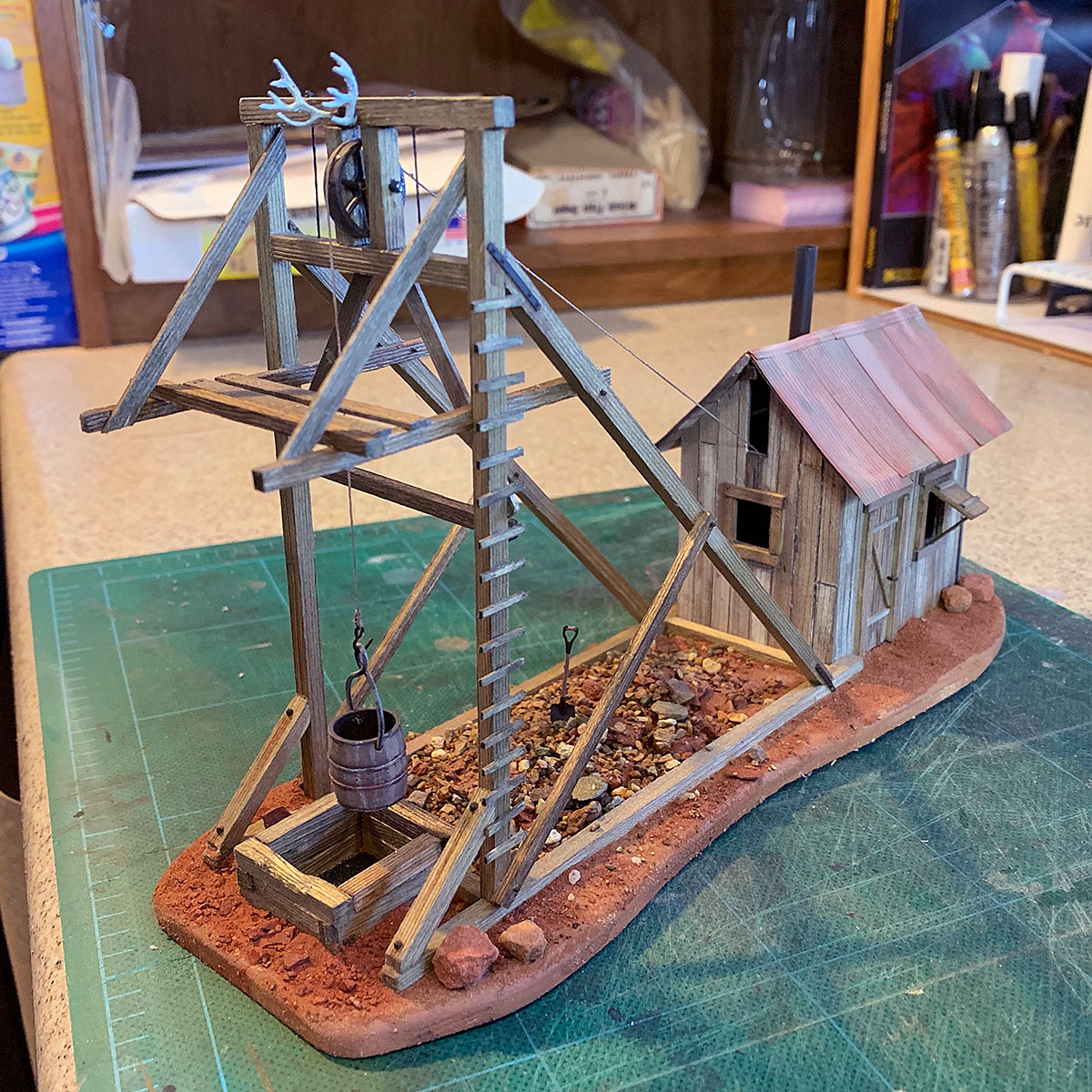 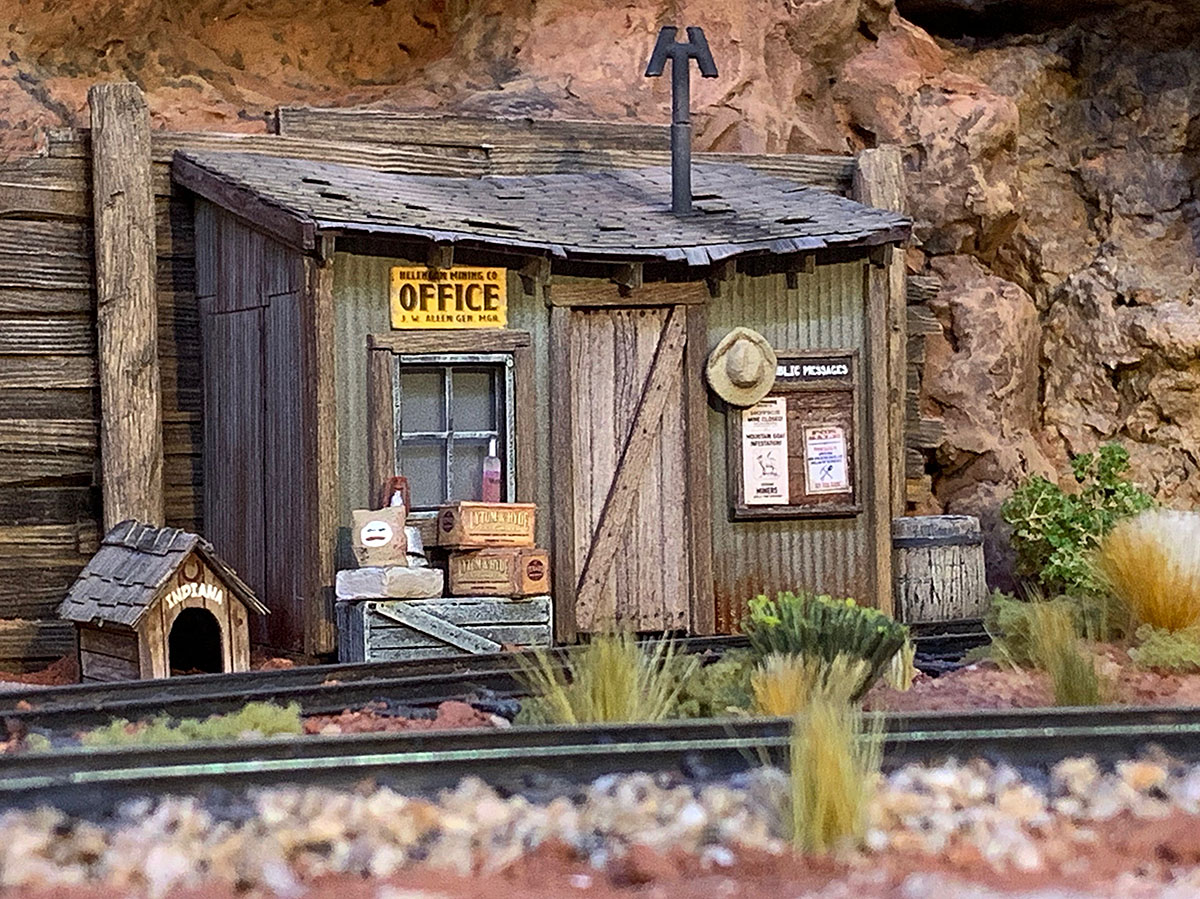 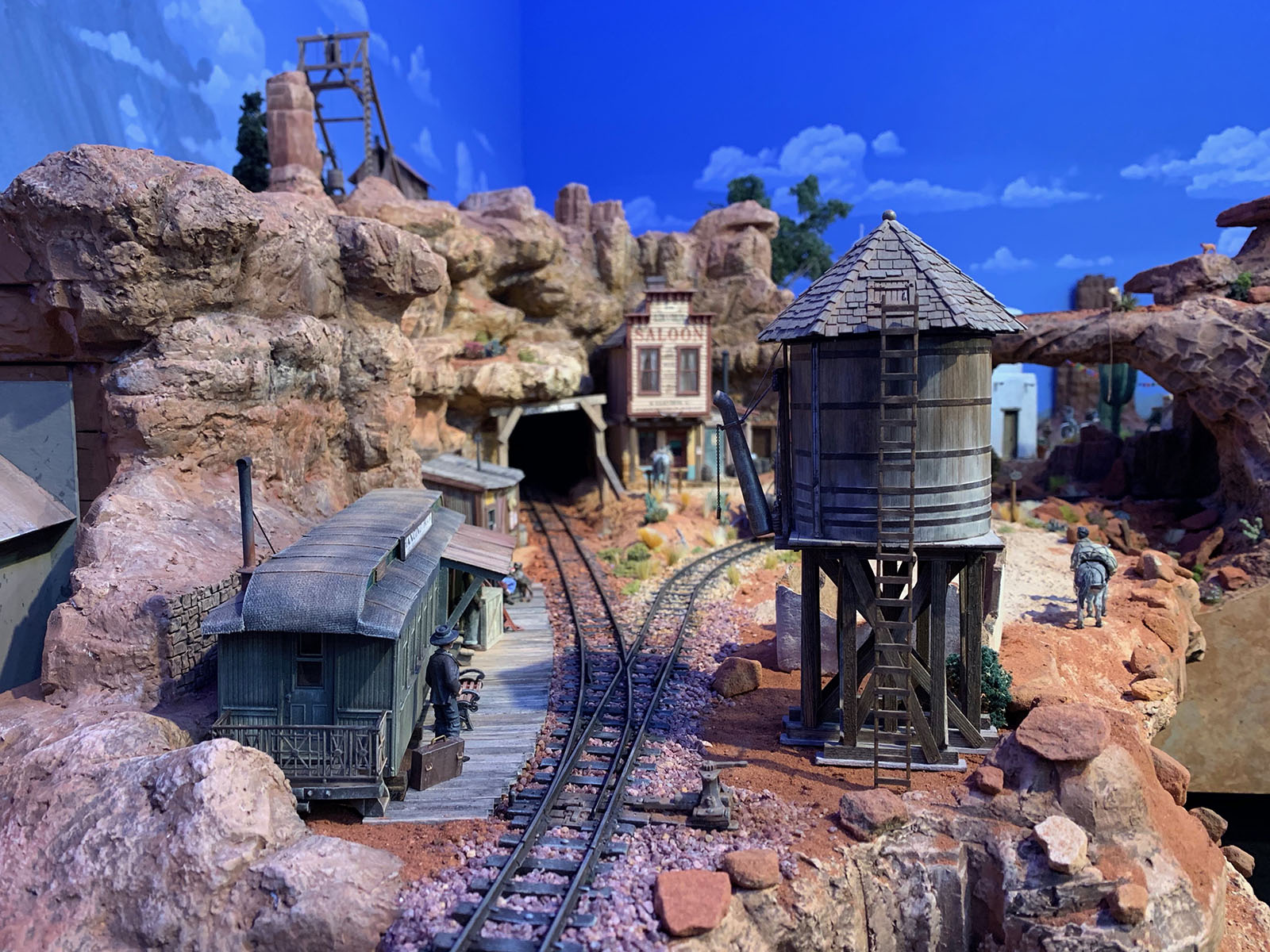 The Helengon Mine was created as a focal point during development of the Hanging Rock scene. It's made up of a head frame and hoist house on the cliffs above, Helengon Tunnel, and the Helengon Mine office built right into the cliffside. The name, "Helengon," is a tribute to John Allen's HOn3 Devil's Gulch & Helengon, and his name appears on the office wall as General Manager. The office is built up against a timber retaining wall, and is actually a model of a new scenic element that appeared along Big Thunder Trail at Disneyland when that entire area was remodeled during the Star Wars Galaxy's Edge construction. The Indiana Jones dog house is another Disneyland Easter Egg added just for fun. A paper model plan of the dog house can be downloaded for free here.

The head frame was based on drawings from the Mining and Engineering Journal of 1902, and the hoist house was freelanced to fit. Helengon Tunnel and its On3o spur is actually a relic from an earlier version of the Thunder Mesa track plan when a reverse loop was considered for this end of the layout. The loop was abandoned but the track through the Mesa remained, reimagined as Helengon Tunnel; a drift into the cliffside just big enough to set out some On30 ore cars in. Locomotives do not enter far beyond the tunnel entrance due to clearance issues and the risk of asphyxiation.

Just next door to Helengon Tunnel is Olson & Furlow's place. A saloon, store, and bawdy house all in one that somehow survives as the only commercial structure in this outlaw ridden burg. But more on that in a future post!

2 thoughts on “The Helengon Mine Story”